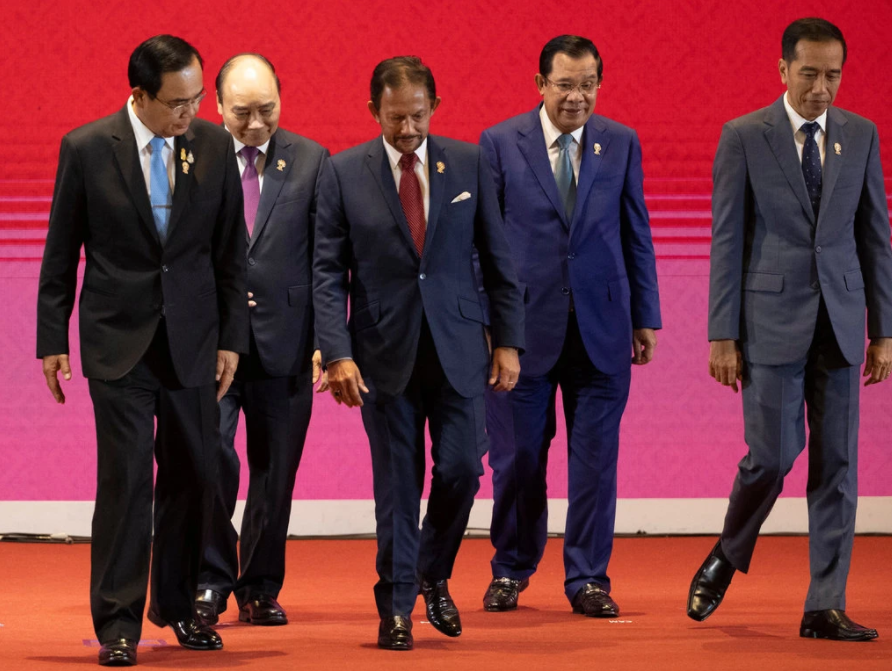 How do countries in the Global South pursue development goals in the context of China's rise?

1. How do Chinese state and non-state actors economically and politically engage with the Global South?
2. How do host country elites pursue and manage their ambitions in this new global context?
3. What are the environmental and climate implications of Chinese capital?

My book project, “The ‘Strong Leader’ Trap: The Unintended Consequence of China’s Global Investment Strategy,” examines how the Chinese state (hereafter, China) pursues and protects its commercial interest in risky environments. I suggest that the preexisting strategies established by the West and Japan, particularly shaping institutions, using international organizations, or establishing national strategic coordination with firms, to protect their commercial interests abroad do not apply to China. To protect the investments and activities of their firms, I argue that China seeks and befriends strong leaders, defined as those who are willing and capable of using violence to constrain mobilization, circumvent institutional checks, and hold significant elite-mass support. Through major foreign direct investment (FDI) and development finance projects, China tries to win over these ‘strong leaders’ in hopes of securing the protection of Chinese firms. However, there is a disconnect between the perceived and actual strength of the leader. Depending on the gap of both strengths, there are four possible outcomes that could to significant political and social costs for China. These outcomes are cancellation, pushback, missed opportunities, and inaction. The dissertation is built on in-depth elite interviews with Southeast Asian politicians, oligarchs, Chinese policy elites, firm representatives, and political brokers in the Philippines, Indonesia, and Malaysia countries. Since 2017, I have done extensive fieldwork in the three countries, conducting long-term visits in provinces and project sites. Additionally, I also interviewed country experts across Southeast Asia, analyzing whether or not elite and experts’ assessments matched one another. 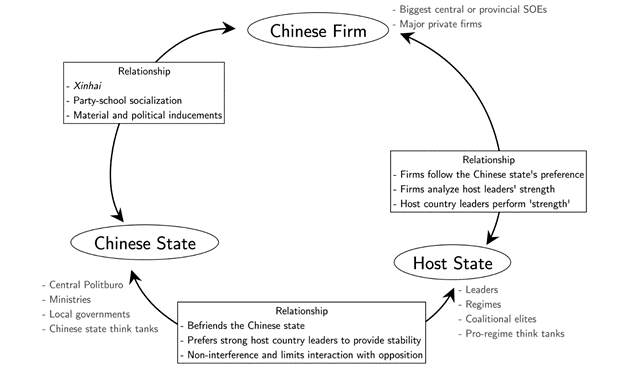 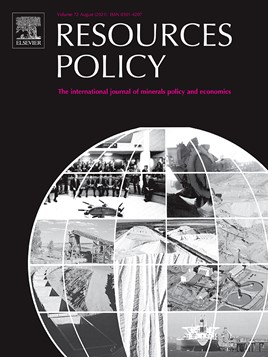 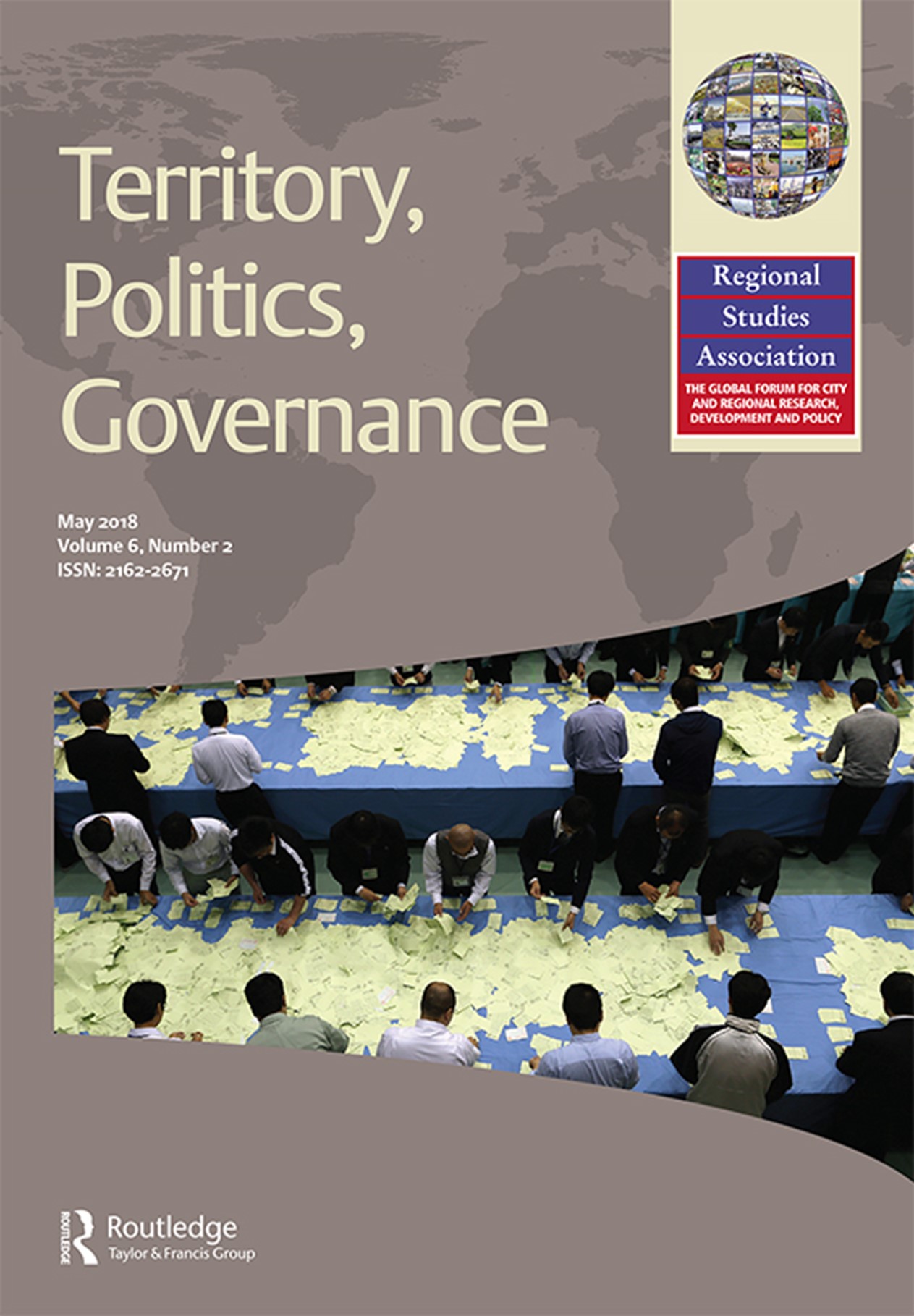 2021. “The Politics of Public Private Partnerships: State-Capital Relations and Spatial Fixes in Indonesia and the Philippines.” with Trissia Wijaya, Territory, Politics, and Governance. 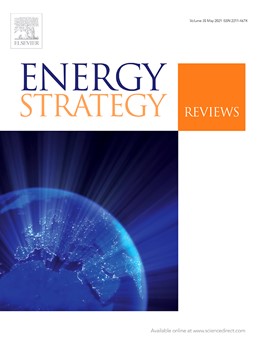 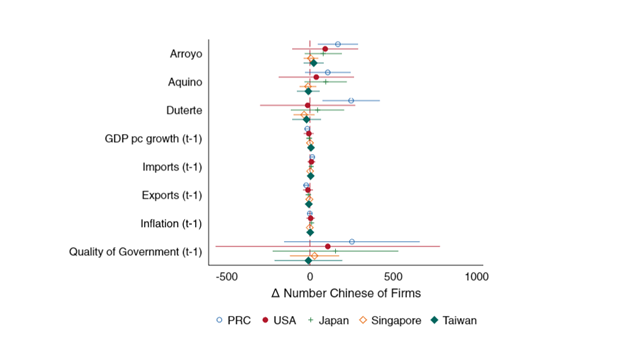 2021. “How do Investors respond to Territorial Disputes? Evidence from the South China Sea and Implications on Philippine Economic Strategy,” with Janica Magat. The Singapore Economic Review. Vol. 66, No. 1: 243–267 (Published online March 24 2020).

2020. “From the Postwar era to Intensified Chinese Intervention: Variegated Extractive Regimes in the Philippines and Indonesia,” with Angela Tritto and Mary Silaban. The Extractive Industries and Society (EXIS) (7), 1054-1065. 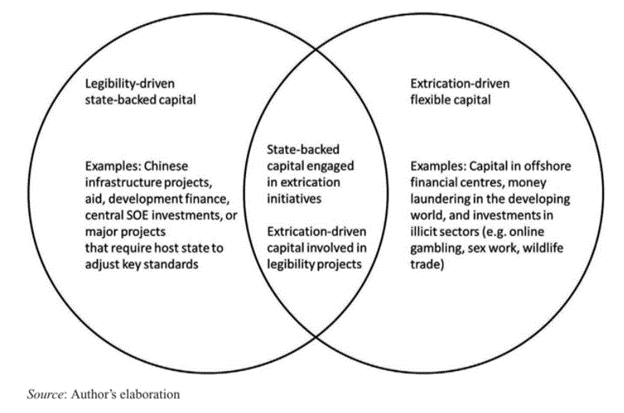 “The Politics of Public Private Partnerships: State-Capital Relations and Spatial Fixes in Indonesia and the Philippines,” with Trissia Wijaya, Territory, Politics, and Governance.

“Strongmen Politics and Investment Flows: China's Investments in Malaysia and the Philippines,” with Terence Gomez, Richard Khaw, and Cheong Kee-Cheok.” 1-23, Journal of the Asia Pacific Economy.

“How do Investors respond to Territorial Disputes? Evidence from the South China Sea and Implications on Philippine Economic Strategy,” with Janica Magat. The Singapore Economic Review. Vol. 66, No. 1: 243–267 (Published online March 24 2020).

“Between Economic and Social Exclusions: Chinese Online Gambling Capital in the Philippines,” Made in China. 5(2): 209-217.

“The Role of Domestic Policy Coalitions in Extractive Industries Governance: Disentangling the Politics of ‘Responsible Mining’ in the Philippines,” with Jewellord Nem Singh. Environmental Policy and Governance. 30 (5): 239-251.

“From the Postwar era to Intensified Chinese Intervention: Variegated Extractive Regimes in the Philippines and Indonesia,” with Angela Tritto and Mary Silaban. The Extractive Industries and Society (EXIS) (7), 1054-1065.

“The Sino-Centric Capital Export Regime: State-Backed and Flexible Capital in the Philippines,” Development and Change. 51 (4): 970-998.

“The Food Regime in Late Colonial Philippines: Pathways of Appropriation and Unpaid Work,” in Journal of Agrarian Change (JOAC), 19: 101-121.

“Inter-State Relations and State Capacity: The Rise and Fall of Chinese Foreign Direct Investments in the Philippines,” Palgrave Communications, 3 (41), 1-19.

“From Colonialism to Neoliberalism: Critical Reflections on Philippine Mining in the Long Twentieth Century,” The Extractive Industries and Society (EXIS) 2(2), 287-301.

“The Contentious Politics of Capital: The Political Economy of Chinese Investments in the Philippines.”

“The Political Economy of the Philippines during the Spanish Colonial Regime” with Maria Isabel Aguilar in Hans-Jürgen Burchardt and Johanna Leinius, (Post-)colonial archipelagos – Comparing the legacies of Spanish colonialism in Cuba, Puerto Rico, and the Philippines. Germany. University of Michigan Press.

“Accumulation at the Margins: Mineral Brokerage and Chinese Investments in Philippine Mining” in P. Aulakh and P. Kelly, Mobilities of Labour and Capital in Asia. Cambridge University Press.

“The Politics of Resistance in the Neoliberal Mining Regime,” in Goldthau, A., Keating, Michael, and Caroline Kuzemko, editors, Handbook of International Political Economy of Energy and Resources. 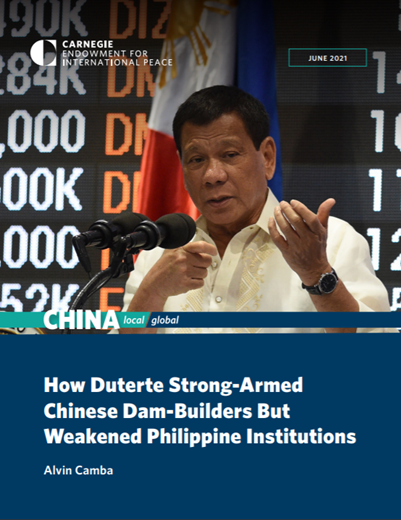 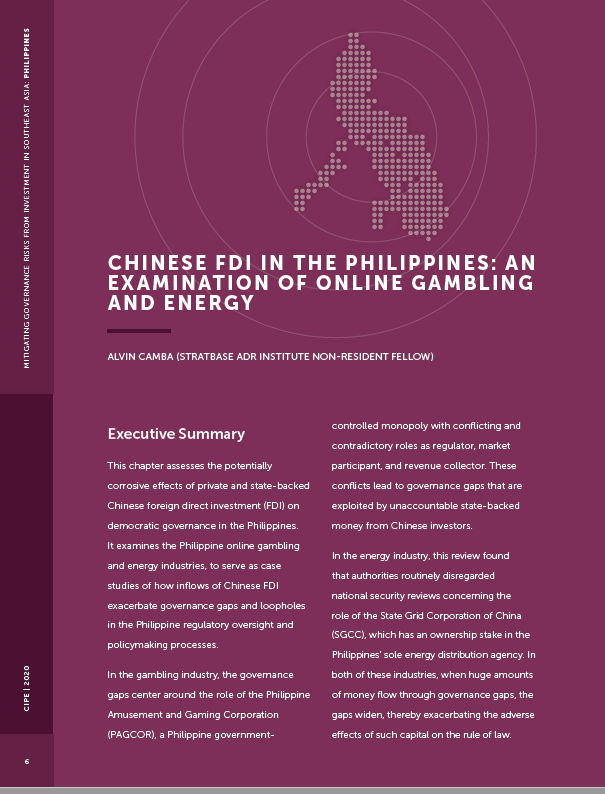 2020. “Chinese FDI in the Philippines: An Examination of Two Industries – Online Gambling and Energy,” in Mitigating Governance Risk from Investments in Southeast Asia: A Study of Chinese Capital Flows in Eight Countries. NED – Center for Integrated and Private Enterprises (CIPE). 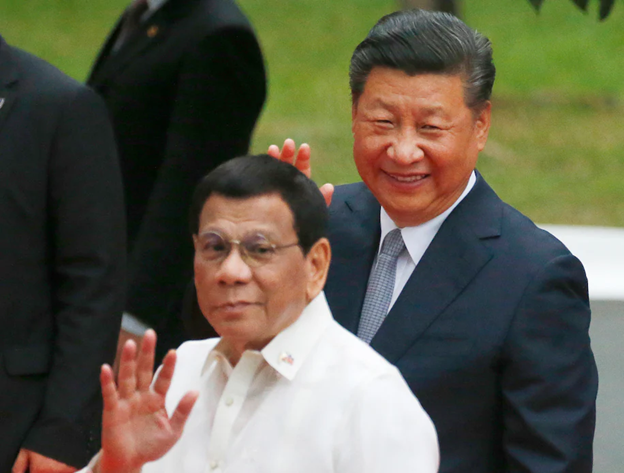 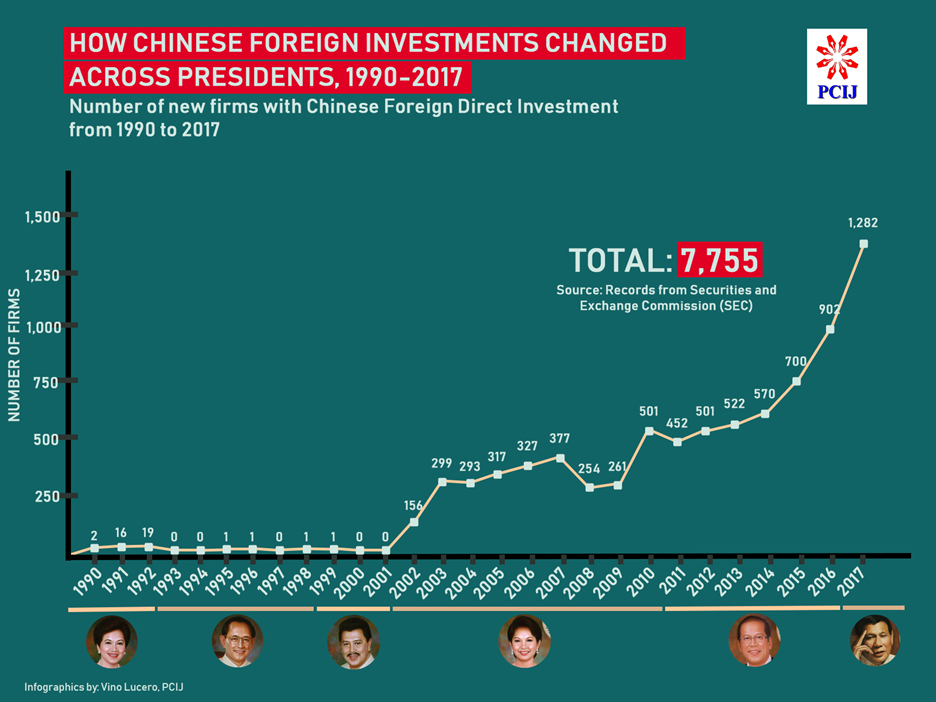 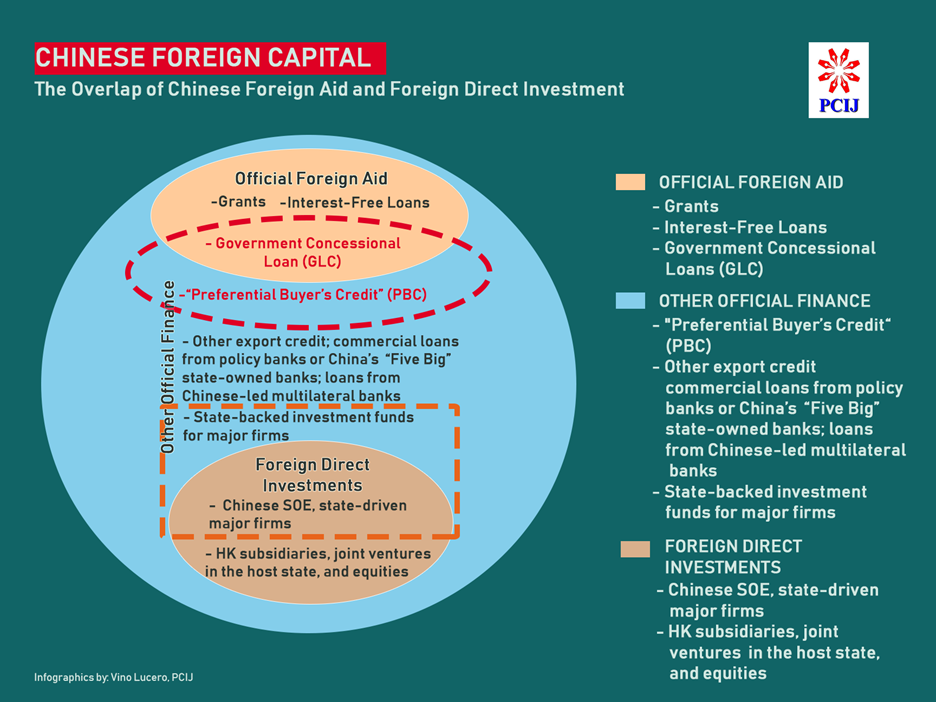 “Chinese FDI in the Philippines: An Examination of Two Industries – Online Gambling and Energy,” in Mitigating Governance Risk from Investments in Southeast Asia: A Study of Chinese Capital Flows in Eight Countries. NED – Center for Integrated and Private Enterprises (CIPE).

“Varieties of Capital: The Direction, Patterns, and Implications of Chinese Foreign Direct Investment in the Philippines.” Occasional Paper Series, Stratbase-Alberto Del Rosario Institute a (ADRI) for Strategic and International Studies. 1-15

“Chinese Power After Covid-19: The Ramifications of Pro- andCountercyclical Growth in the Philippines.” Analyzing War, September 2.

“Chinese investment in Southeast Asia is nothing to fear” with Guanie Lim, Nikkei Asian Review.

“The Varieties of Chinese Capital in the Developing World” Policy Brief, Sociology of Development, Volume 1, Number 2.

“Inside a Chinese gambling entity: What happens, who works, how” Philippine Center for Investigative Journalism (PCIJ), May 9.

“China Money: How the Numbers Differ”, Philippine Center for Investigative Journalism (PCIJ), May 9.

“The Belt and Road: the good, the bad, and the mixed” The Diplomat, Equal Co-authorship with Angela Tritto, April 15,

“Why Is the Philippines the Home for Chinese Offshore Gambling?” The Diplomat, November 22.

“China’s economic capital in the Philippines: Problems and prospects,” East by Southeast, August 22.

“What happened to the billions China pledged the Philippines? Not what you think.” South China Morning Post (SCMP), August 5.

“Myth-Busting Chinese FDI in the Philippines.” The Diplomat, July 19.

“The grand narratives of Chinese FDI aren’t’ so great after all” East Asia Forum, January 9.

“Why did Chinese investment in the Philippines stagnate?” East Asia Forum, December 12.

Pre-Matriculation at the PhD Publications

“Religion, Disasters, and Colonial Power in the Spanish Philippines in the 16th to the 17th century,” Journal for the Study of Religion, Nature, and Culture (JRNC), 6(3), 215-21.

This project uses the term “illicit capital” (used as flexible capital previously) to explain the surge of Chinese capital into seemingly unprofitable sectors. The International Monetary Fund defines illicit capital as the illegal movement of financial flows through money laundering, the financing of and profits from criminal activities, or phantom FDI... 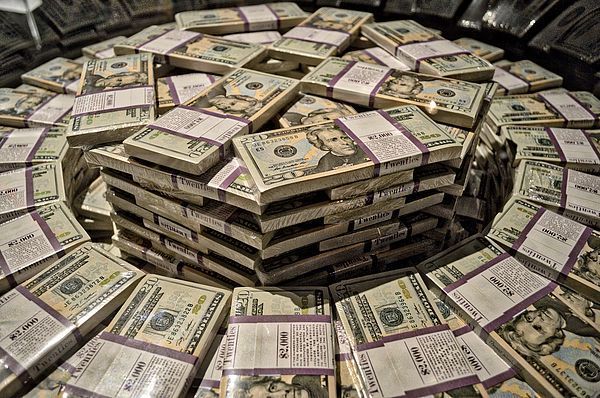 How do territorial disputes affect bilateral foreign direct investment (FDI) between claimant states? Territorial disputes, defined as inter-state conflict over the allocation of sovereignty over a territory or the distribution of resources in a common resource pool, are still frequent occurrences in global politics... 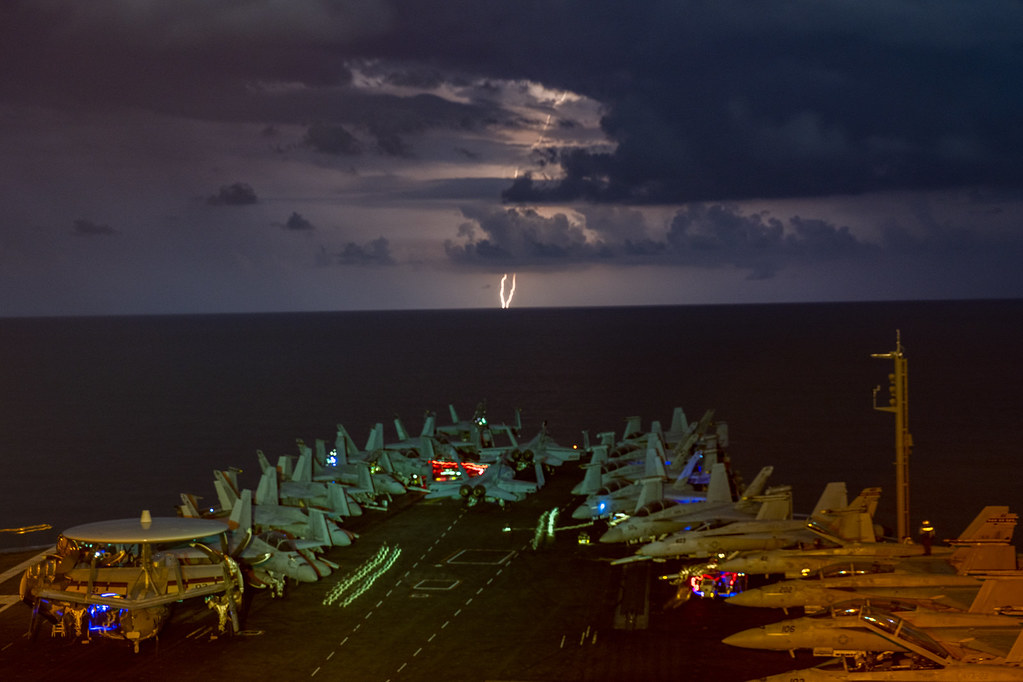 Working with Kelly Gallagher and Amy Jaffe at the Climate Policy Lab at Tufts University, I am examining the “cement-steel-infrastructure” interface of the Belt and Road Initiative... 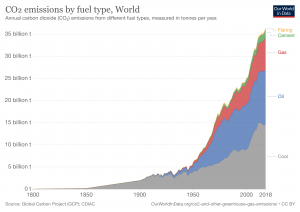